Check out Canberra's newest whisky expo this October - focussing on some of Australia's best distilleries, along with some ripper independent bottlers from Scotland & Europe!

All tickets include a Glencairn tasting glass, canapes and other food by First Edition, and free access to distiller's masterclasses!

With multiple exclusive whiskies, a swag of new releases, and whisky gelato crafted by Canberra's very own Jasper+Myrtle; Whisky Capital is an event that is not to be missed!

Click here for more info & tickets → including a $20 discount! with the promo code WHISKYFLIGHTS

Bruichladdich: Peat in all dimensions 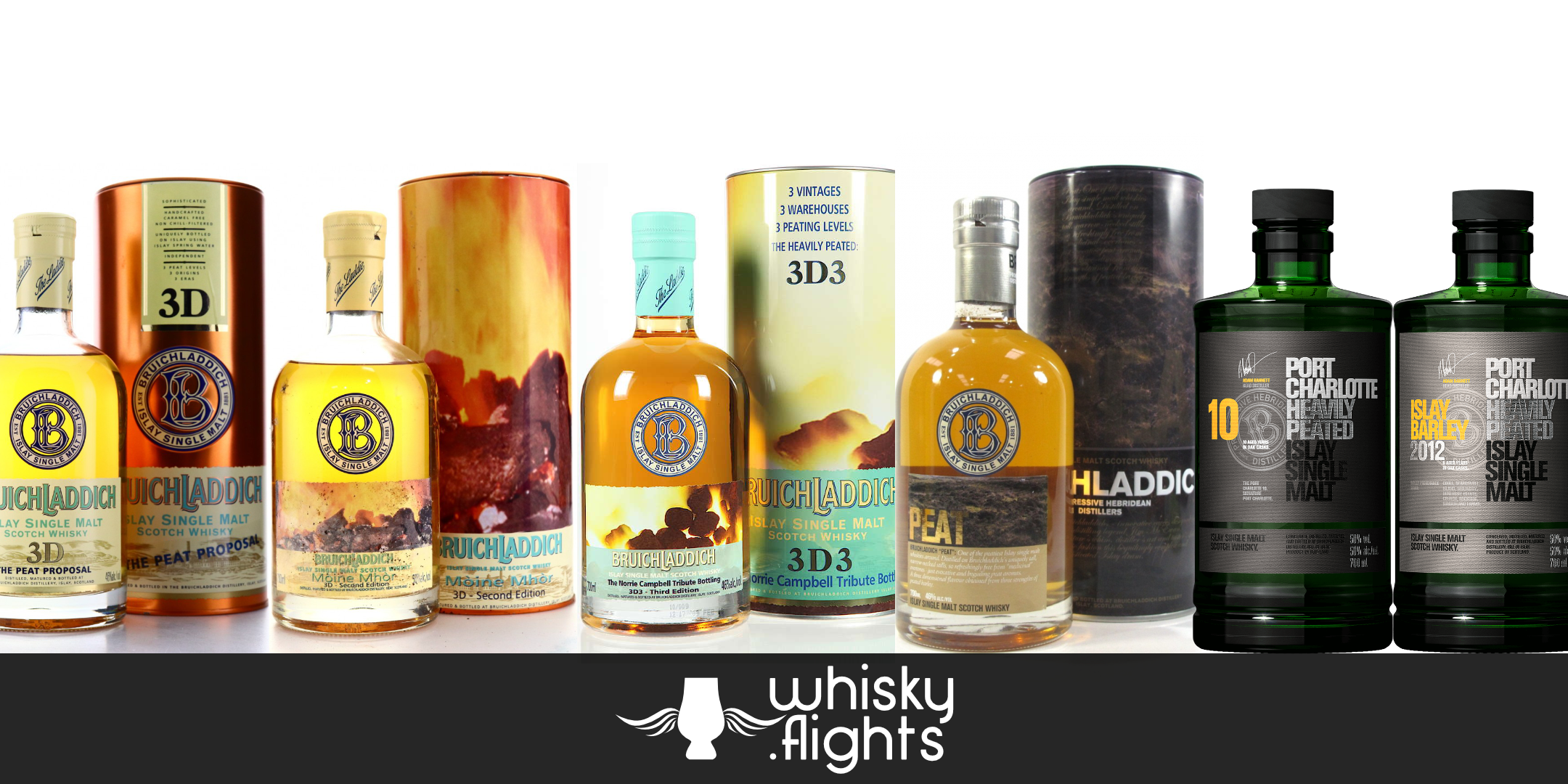 Bruichladdich; the radical child of Islay that regularly bucks convention no matter the topic of conversation.

Traditionally known for unpeated malt whiskies in a region famous for peated whisky - yet also the owner and distiller of subsidiary brand Octomore, the most heavily peated commercially made whisky on the planet.

The Bruichladdich '3D' series were released in the mid to late noughties, and each of the 3 releases contains a marriage of 3 distinctly different spirits; with each parcel of spirit being peated to different levels, and having come from 3 different eras of the distillery's operations.

In 2008, barley was harvested from the farms at Coull, Kynagarry, Island, Rockside, Starchmill & Sunderland. This barley was peated to 40ppm, and became the very first batch of Port Charlotte Islay Barley. An experiment that most agreed was doomed to failure; a second vintage was distilled in 2011, and a third in 2012.

Individual cheese & charcuterie plates featuring Tilba cheese, Fedra olives, and Pialigo meats; and a bottle of water, will be provided for each attendee. If you have any dietary requirements, please advise us via email.